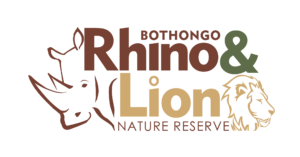 Q: We understand that you have stopped cub petting and animal interactions, but what made you make this decision?

A: The subject has been debated since the new owners took control of the business. The decision to stop is based purely on creating the best possible animal welfare environment. A consideration is also the fact that there is a global movement away from physical animal interaction, whether that involves dolphins, elephants, tigers or any other animal.

We are aware that there are many local and international tourism agencies and operators that will consciously guide their clientele away from facilities and destinations that offer any form of animal interaction.

Q: Are you not going to lose revenue by stopping animal interactions?

A: We are well aware that there will be those members of the public that may not visit the Rhino & Lion Nature Reserve due to us stopping petting. However, we also trust that others who have avoided our facility in the past because of the petting will now support us. In addition, as people become more educated about the downside to petting from an animal welfare perspective, they will return to enjoy the many other wildlife offerings and experiences that we have.

Q: Why do you keep any animals in captivity?

A: large proportion of the population, especially children, may not have the opportunity to visit wildlife in the larger national parks and the Rhino & Lion Nature Reserve provides a perfect platform for visitors to see and learn about our wildlife heritage.

Q: Where else can you go close to Johannesburg and see the variety of game and endangered species?

A: In just one visit to Rhino & Lion Nature Reserve a guest will be able to see not only rhinos and lions, but also a range of plains game and endangered species such as cheetahs, African Wild Dogs, Clouded Leopards, Black Jaguars, and Pygmy hippos, just to mention a few.

In addition, many foreign visitors do not have the time to travel to national parks – The Rhino and Lion Nature Reserve offers them a wildlife experience on the doorstep of the city.

Q: Do you sell any of your lions?

A: Our policy is that we will consider donating lions to accredited institutions who are looking for genetic diversity for breeding purposes. We will only consider selling lions to approved buyers that have signed stringent legal declarations as to the future welfare and wellbeing of our animals, and this would only be in cases where we have surplus animals in our care.

As an additional safety net, we would be guided and advised by the conservation authorities via the permit application system.

Q: How do you keep track of animals that you swop or sell?

A: Almost all our carnivores have microchips implanted for identification, and we also extract blood samples for DNA purposes. The law requires that certain endangered species such as cheetah and leopard have their DNA and microchip ID recorded on the national studbook.

Q: What will happen to cubs that are born at the reserve in future?

A: Cubs that are born on the reserve in future will remain with their pride, unless for some unfortunate reason they need to be removed and hand reared, such as when a mother refuses to feed.

Q: Why did the reserve choose to make the decision to stop cub petting now?

A: We’ve debated this since the Bothongo Group bought the reserve. We inherited a way of doing things, and because we were new to wildlife management, we were cautious. Recently, we brought in a new CEO and COO, and as a result of this, we took the decision.  It’s clear to us that interaction with wild animals, especially cub petting, has become unacceptable. Simply put, it was the right thing to do.

Part of the Bothongo Group of companies.

Use this form for any queries

We use cookies to ensure that we give you the best experience on our website. If you continue to use this site we will assume that you are happy with it.Ok